Dota 2 is one of the most played games on Steam since its debut in 2013. Dota, which is seen as the architect of the MOBA industry, is known for its competitive system that attracts millions of players. With the expansion of the Steam Community Market among players in recent years, the value of cosmetic items in Dota 2 has increased considerably. Players spend money on various cosmetic items to customize the hero they play best. In this article, we wanted to list the cheapest and best Dota 2 skins that have been released since 2013.

Also, if you haven’t read our previous coolest Dota 2 skins article, you might want to take a look there. Let’s take a closer look at Dota 2 sets and item skins together.

“Like a shadow that chills the noonday sun, the span of the demon marauder is sure to darken any day.”

It consists of two pairs of wings that Terrorblade wears on his back. The tips of the wings are razor sharp and match the Terrorblade’s colors. A round and blue-ray are visible in the upper-middle part of the wings.

Generally, blue, purple, gold, and metallic gray colors dominate the wing. Thanks to its low price, it is a skin most Dota 2 players prefer. In the game, you can see that the aura in and around the wings is constantly moving.

If you want to buy it, you can buy this Dota 2 skin for a very cheap price using third-party sites like Tradeit.gg.

The souls that the Shadow Fiend has gathered may have gotten him into trouble. The essence of Demon Eater was released and stuck to Shadow fiend’s body. This fantastic costume is second in our ranking with a slightly above-average price.

The in-game looks really cool with the lava gushing from his head and various animations. You can witness various effects, especially when you are in the water, emitting smoke, lava pouring from behind while walking and attacking. In addition, there are also special voiceovers specific to this skin.

You can buy this item from third-party sites or directly from the Dota 2 store.

If you want to give a great look at the weapon used by the Phantom Assassin, Manifold Paradox is the skin for you. In addition, the skin consists of 3 styles in the game, and these styles also have a lock. You have to earn 100 points to complete the evolution of the weapon. Each match you play with this skin earns you 1 point. This cool Dota 2 skin color is bright turquoise and leaves a bright trace behind.

And again, the aura surrounding the weapon made it look nice. This Manifold Paradox, appearing as one of the best Dota 2 item skins, is designed by Valve for the Nemesis Assassin Event.

4. Golden Mandate of the Stormborn

This skin, worn by Storm Spirit on his shoulder, is gold in color and has the appearance of a yellow lightning burst, and is beautifully designed. You may want to look cool to your opponents by using this skin, which has an average price because it attracts attention with its bright and constantly shining light in the game.

If you want to buy this skin, you can buy it directly from 3rd party Dota 2 trading sites, or you can try to get it by opening a treasure in the game. And then you can enjoy Stormborn, one of the best Dota 2 skins.

5. First of the Flood

And now there is First of the Flood, one of the best cheap Dota 2 skins. This item is an excellent skin that Slardar wears and looks like one of the Dota 2 sets. Slardar’s tail fins are designed with an incredible display of pink and purple patterns.

In addition, the propellers on the back of the skin made Slardar look like it came out of a Bioshock game. We can safely say that it is the best skin you can buy at this price, with its price under $1.

6. Tales of the Ardalan Interdictor

Origin: Hallowed Chest of the Diretide

Tales of the Ardalan is designed for Interdictor Sniper and is one of the coolest Dota 2 sets consisting of 5 pieces in total. Each part of the skin is specially designed and has a bright bronze color. It will be costly in terms of the price for you to obtain each piece.

However, you can complete this set for cheaper prices by using Tradeit.gg. In general, Sniper looks like a soldier from the future with this image. In addition, thanks to the Pack behind it, you can move by flying in some animations.

Righteous Thunderbolt is a skin for Zeus, one of Dota 2’s most-played heroes. This weapon skin appears to be white and surrounded by lightning. It is one of the most used and community favorite Dota 2 skins.

This skin also has its own animations in the game. If you want to buy, you can see that it is in a position everyone can access with its average price. If you’re going to direct the lightning, which is your power in the sky, on your enemies, we recommend you to use this skin.

It is specially designed for the Drow Ranger as a result of the blossoming of the bloodroot tree. The blood-red leaf image on the ends of the skin and the fact that the weapon’s body is entirely made of wood gave it an outstanding appearance.

Likewise, we can say that the patterned dark blue dot in the middle of the weapon looks nice. If you are a master drow ranger player, you should know that you already have to buy this skin. Also, this skin is one of the cheapest Dota 2 skins.

So if you want to buy, price is not something you should worry about. You can get this skin at much cheaper prices than Dota 2 trading sites if you wish.

It is Clinkz’s basket of arrows made of flames and lava, and Clinkz wears this skin on his back. While Clinkz is wearing this skin, the arrows he shoots descend to the opponent’s top with lava. It is a very nice detail with animations unique to itself as an image.

It’s also well under $1 in price, making it one of the best Dota 2 skins you can buy for that price. If you want, you can get the skin by opening a treasure. However, we recommend buying it directly as it is unlikely to come off.

Golden Gravelmaw is a massive totem used by Earthshaker. This skin is golden in color and has a very shiny appearance. Its price is extremely high, as it is made entirely of gold and is rarely obtained. It is a purely collectible item.

If you are interested in Dota 2 buy and sell transactions, you definitely want this skin in your inventory. This skin has only one animation of its own. We highly recommend this skin if you want to look cool while playing earthshaker in the game and you are a master ganker.

Solar Forge is an amazing skin that the Phoenix can wear on its head. When we look at the appearance of this skin, it seems as if it came from an ancient sand empire. And considering that Phoenix is an ancient bird, we can understand that this skin was not designed unnecessarily.

If we look at the skin’s in-game images, the eye part glows red. It also has a nice structure that looks like the crown of Egyptian pharaohs. Finally, the price is below average, but you may still find it challenging to buy as it is rare.

Yulsaria’s is a Mantle special for Crystal Maiden. When you look at the hero from behind, its furry appearance draws attention. Also, this skin is one of the cheapest legendary Dota 2 skins, thanks to its glittery look.

And when you look at the Crystal Maiden from the front while wearing this skin, you can see a pearl on the front. Another feature is the presence of various animations of this skin. Especially when you use the Frostbite skill, your opponent turns into a huge snowman.

If you want to buy this friendly and funny skin, you can use Tradeit.gg.

The Emerald Conquest is a poison glowing weapon skin used by the Underlord. This skin has a poisonous and bright green appearance. According to the story, its brilliance can be seen even from the far parts of Obsidian City.

This skin has its own animation. The effect becomes active when you use the Pit of Malice skill. Also, if you are a hardcore Underlord character player, you can create a legendary Dota 2 set with different skins.

Especially when used with Ravenous Abyss- Head skin, a great harmony can be achieved. You can choose 3rd party sites to buy these two items.

Great Sage’s Reckoning is the legendary Dota 2 skin of the Monkey King. In this skin, which you can use by attaching to your head, the hairs extending towards the back are visible. Also, Wukong’s Command has three levels depending on the skill level.

Great Sage’s Reckoning Bundle is Dota 2’s most legendary set. Most players make an effort to complete this set. It is costly, and not every Dota 2 player can access this skin.

Profane Union is a wearable skeleton for Lifestealer. Its mechanical appearance is designed with the harmony of red and metallic black. There is a glowing red area on the body of the skin.

This skin, which is at the bottom of our list, is extremely cheap and is in the inventory of almost every player in Dota 2. Because there are 1,326 of these skins on sale in Steam Community Market, if you want to buy, you can use 3rd party Dota 2 trading sites, or you can set up a buy order on Steam Community Market. 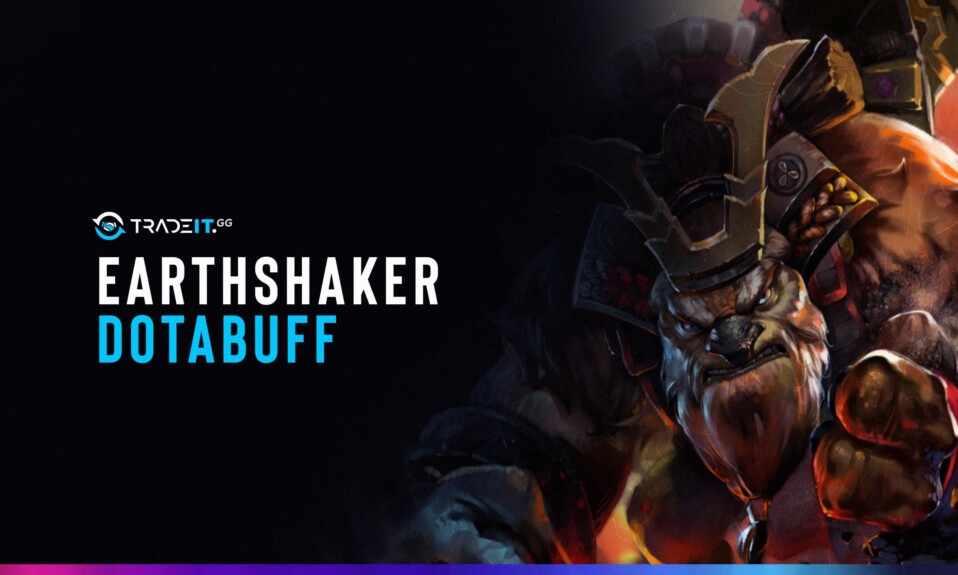 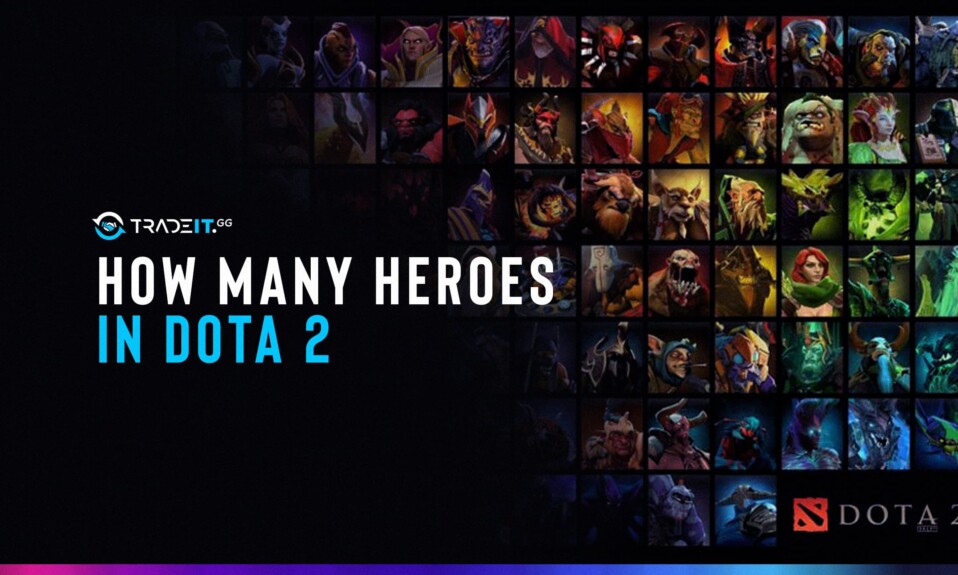 How Many Heroes In Dota 2 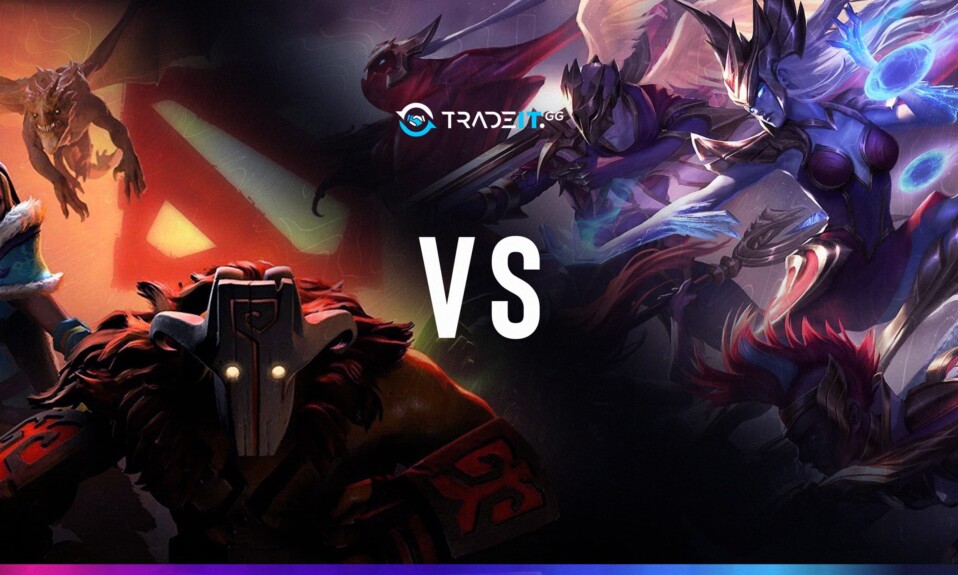 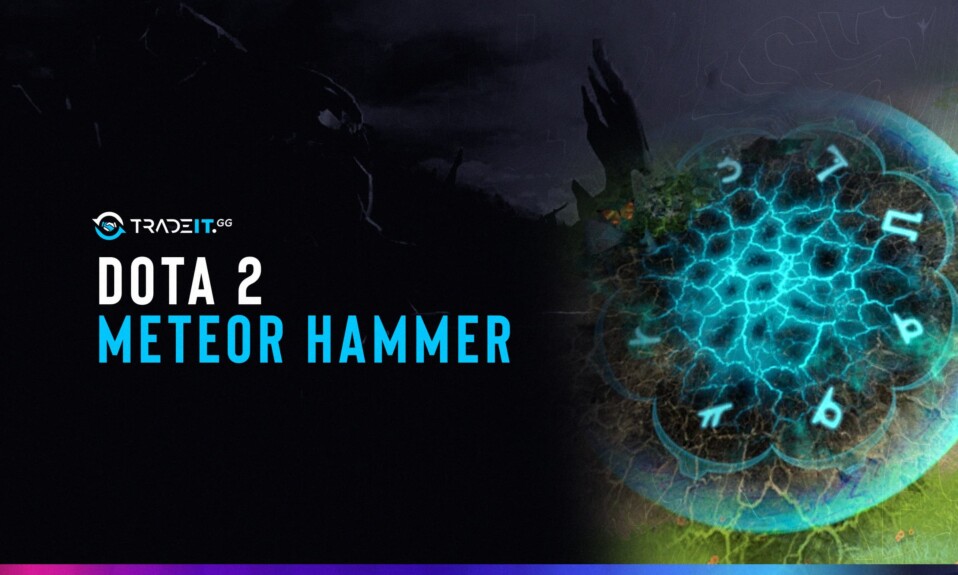 What is Dota 2 Meteor Hammer? Is It Still Meta?